Students Sang For Victory And Unity

On 15 April the events’ hall of the high school after M. Abeghyan of the National University of Architecture and Construction of Armenia was crowded. Overcoming the catastrophe of the four-day war, students were on stage in the frames of two-month francophone events.  Among the guests were the attaché of the French Embassy in Armenia on cooperation issues Jean-Michel Gasparyan, vice-rector on University International Relations Vardges Yedoyan, the staff and students of both NUACA and the high school.

The attendees firstly respected the memory of war hero-martyrs with one minute silence and after that J. M. Gasparyan and V. Yedoyan delivered their opening speeches.

Recalling the war actions in the beginning of April, Jean-Michel Gasparyan noticed that “singing” does not mean being happy; but the life is going on and added that we must show our power, desire to live and win at any price, the result of which is the organized event.

The guests enjoyed both known and unknown French songs by the presentation of the Armenian students from the repertoire of Edith Piaf, Charles Aznavour, Zaz.

By performing both Armenian and French pop and folk songs the students tried to draw comparison between the differences of the attitudes toward problems and their interpretation by French and Armenian people.

In the end of the event the school principal Anna Marukhyan designated that the event had not been given easily to the students, but with united efforts and overcoming psychological issues they decided to show the sturdiness of Armenian nation. 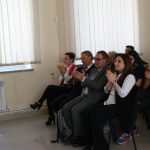 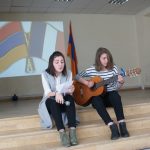 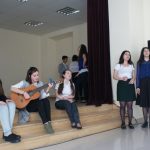 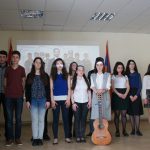 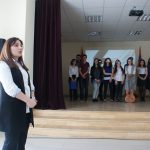 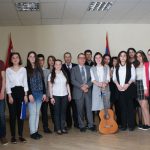 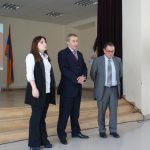 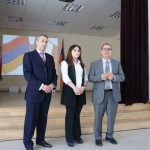 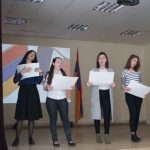 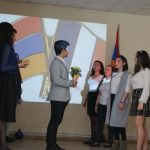