YEGHIAZAR VARDANYAN – ACTING RECTOR OF NUACA BY THE MAJORITY OF VOTES

Today 02/12/2019/ during the meeting of the Board of Trustees of the National University of Architecture and Construction of Armenia, First Deputy of Rector, Vice-rector of the university, Doctor of Technical Sciences, Professor Eghiazar Vardanyan was elected as the acting rector of NUACA by the majority of votes; 27 for, 3 abstain. Yeghiazar Vardanyan’s candidacy for acting rector was nominated by the Scientific Council of NUACA.
The Acting Rector of NUACA Eghiazar Vardanyan thanked for the confidence and emphasized: ” The unity of our university staff continue to be the driving force both for the university and my professional development and progress”. At the same time, he emphasized the great contribution of former Rector of the university Gagik Galstyan to the development of the university, which was registered during his 5 years, 8-months effective tenure and expressed hope that he will continue to be with the University. Former Rector of the university Gagik Galstyan, in his turn, congratulated Yeghiazar Vardanyan and noted that his goal has been and remains the university’s stability and development. “The small and large projects of the university have come to fruition as a result of effective work with the faculty”, he thanked the NUACA staff for their joint work.
Yeghiazar Vardanyan, Acting Rector of NUACA, studied at the Faculty of Transport Construction of NUACA /1996-2001/, post-graduate degree/2004/. Studied at the National School of Roads and Bridges in Paris/ 2003-2004/. PhD in Technical Sciences/2004/. Graduated from Doctoral Program of NUACA/2008-2011/. Doctor of Technical Sciences / 2013/. He started his professional career at his university, starting as a PhD student and reaching the position of First Vice-rector of the university.
By the decision of the Scientific Council of NUACA, Honored Builder of RA, Doctor of Technical Sciences, Professor Gagik Galstyan was awarded the “Jim Torosyan’’ Gold Medal for his remarkable and impeccable work in the fields of urban development, construction and education in the Republic of Armenia. 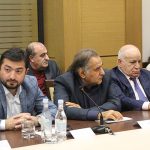 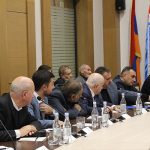 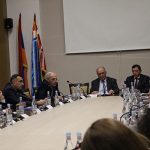 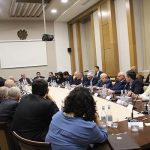 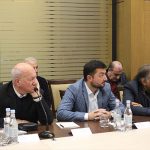 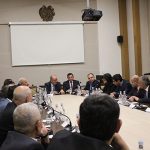 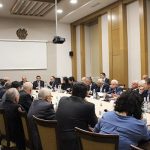 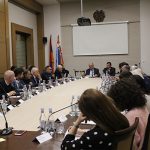 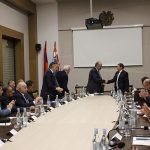 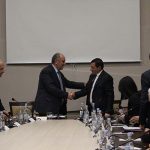 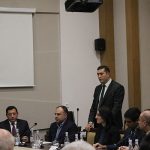 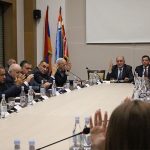 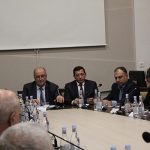 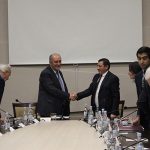 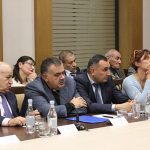 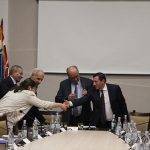 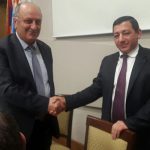