On September 3, the final conference of the UNESCO “Development of Internal Quality Assurance Capacities in the RA Higher Education Institutions” program took place at Northern University. During the conference, the processes implemented within the framework of the program were summarized, and the impact of the program on the RA higher education system was presented.

Note that NUACA “Development of Internal Quality Assurance Capacities in the RA Higher Education Institutions” program was launched in January of the current year, and aimed at the development of the internal quality assurance capacities of HEIs by setting up reform groups, as well as at preparing HEIs for the institutional accreditation process. The beneficiaries of the program are the National University of Architecture and Construction of Armenia, the French University in Armenia, the Northern University and the Eurasia International University. Within the framework of the program an online external evaluation visit was made on March 31 of the current year, which was organized and coordinated by ANQA. Hovsep Hoveyan, Chief of the Staff of NUACA and Ani Hakobyan, Senior Specialist of the Quality Assurance Center of the University, were involved in the process as internal experts.

During the online visit, meetings were held with the University’s internal stakeholders (management, heads of academic programmes, lecturers, students, Quality Assurance Officers and SWOT analysis team). During the meetings, the strengths of the University and the aspects that need to be improved were highlighted, the competitive advantages of the University, the interconnectedness of the needs for the academic programmes being implemented, sectoral priorities, socio-economic development prospects and cooperation with employers were observed.

At the end of the online visit, a meeting was held with the management of the University, the problems existing in the University were summarized, the revealed best practice and the directions to be improved were discussed. 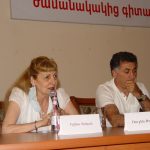 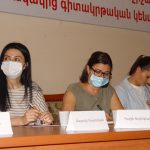 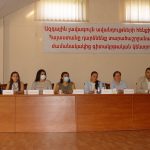 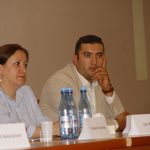 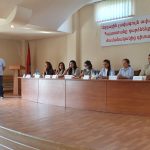 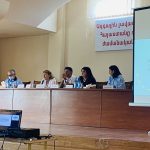