THE WINNER OF JURGIS BALTRUŠAITIS AWARD RECEIVED HER PRIZE

The winner of Jurgis Baltrušaitis Jr. Award held on 13th of December, 2nd year graduate student of the Faculty of Architecture Anna Karamyan received her prize at the National University of Architecture and Construction of Armenia. Her project “The Restoration of the Mekhitarist Monastery on St. Lazarus Island in Venice” was recognized as the best by the members of the competition committee.

It should be noted that the Competition named after Baltrušaitis has commenced in 2017 with the joint efforts of the Embassy of the Republic of Lithuania in the Republic of Armenia, the National University of Architecture and Construction of Armenia, “Petros Aloyan” Foundation and “Mediamax” news agency.

The award ceremony was attended by the Ambassador Extraordinary and Plenipotentiary of the Republic of Lithuania to the Republic of Armenia H. E. Mrs. Inga Stanytė-Toločkienė, NUACA Rector Yeghiazar Vardanyan, co-founder of “Petros Aloyan” Foundation Anna Aloyan, members of the competition committee and vice-rectors.

The Rector of the University thanked the attendees and emphasized that he highly appreciates this annual Award ceremony, as it aims to motivate students even more in their professional renewal and growth. Congratulating the winner, Mr. Vardanyan wished that the knowledge acquired during the years of study, as well as during this project would only serve for future professional achievements and success.

Congratulating Anna, the winner of Jurgis Baltrušaitis Jr. Award, the Ambassador Extraordinary and Plenipotentiary of the Republic of Lithuania to the Republic of Armenia H. E. Mrs. Inga Stanytė-Toločkienė emphasized that architecture is the art of building the future and preserving the past, and in this respect considered the topic of this year’s competition relevant more than ever. In her speech, the Ambassador also mentioned the enormous contribution of Jurgis Baltrušaitis Jr. in documenting and studying the thousands of khachkars in the ancient Armenian cemetery of Jugha, and she stressed that today the endangered authentic cultural heritage in Nagorno-Karabakh and its surrounding area is of great value not only for Armenia but also for the cultural heritage of Europe and humanity, and it must be preserved.

Our student Anna Karamyan thanked the attendees, especially mentioning her supervisors: Emma Harutyunyan, Artyom Aloyan and Garegin Yeghoyan, for supporting her while working on the project and providing professional advice. 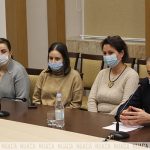 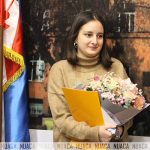 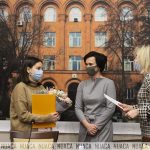 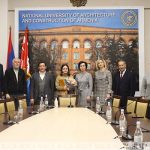 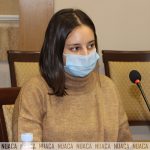 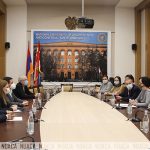 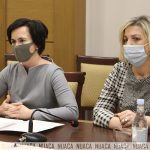 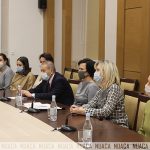 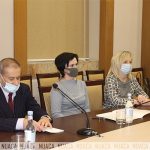 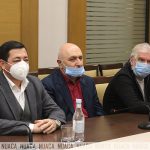 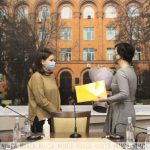 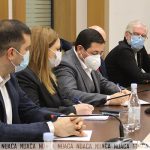