THE TIME OF GREAT AND SMALL DREAMS

Do you remember when we were child, how often did we get offended by our parents in order to meet our demands or to get the gift we wanted? But there was one whom we were never dissatisfied even when our wish was not fulfilled. There was always an excuse for him, Lapland is too far, roads are snowy, and this year he does not have so much money, and so on. We could not shrink from Santa Claus, well, how could we get offended by someone whom we never saw?

And our so strong faith was hidden behind that mystery. The New Year was exactly Santa Claus for us. What else is, yes, a nuts and a tangerine, but that’s an older story. The New Year of my heroes did not come with tangerine. The imaginations were endless, desires were plentiful.

The students of our university of course believed in Santa, but with a few exceptions. For example, Tsoline, who is a builder, says that at the age of 5-6 she asked all the policemen in the street whether Santa Claus existed or no.

The opinions around the discovery of this truth are contradictory. Psychologists insist that the legend about Santa Claus raises doubts about the sincerity of the parent. By discovering that Santa does not exist, the child understands that he has been lied for years. But on the other hand, Santa Claus is the first important character for the child who makes the child believes in miracles.

Our student-designer Eleonora discovered the invention on Santa at an early age. She says she was 2 years old, when on New Year’s Eve, in front of the door she saw the Barbie doll with her house she had dreamed of, but following the passers-by through the door and the window during the preceding and following days, she understood that He does not exist.

But in this story it is more important, that even at such early age she felt it is obligatory to write the letter to Santa Claus. Who brings the gift and where? We do not know, but surely some magic force realizes the dreams of the New Year’s Eve.

By the way, he realizes big and small dreams. The future guide Louciné had his dream bicycle at the age of 6, the engineer Spartak had his Lego-builder, and the engineer Khachatur had his train. Years later dreams kept with love and faith were realized, they entered the university.

Today, they have dreams, rather goals. Now they want to pass the exams, finish the beloved university with red diplomas, have a good job to help all the friends, and some personal goals; for example a car, own business…

I also believe in Santa, although I do not write a letter for a long time. My daughter writes. I do not share the opinion of psychologists and I want her to believe in miracles. Miracle is not Santa Claus, but faith. 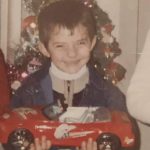 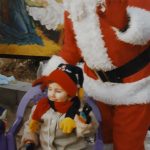 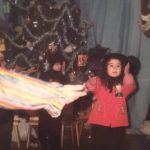 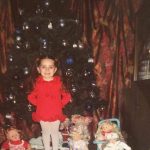 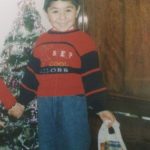 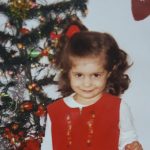 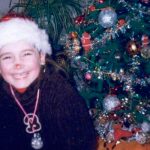