The seventh festival of French-speaking students entitled “Different but Together” was held in Yerevan this year. This year the common communication language united 53 students from 17 countries including France, Albania, Bosnia and Herzegovina, Bulgaria, Turkey, Lithuania, Croatia, Armenia, Hungary, Kazakhstan, Macedonia, the Republic of Moldova, Romania, the Russian Federation, Serbia, Slovakia, Georgia and the Ukraine.

Within the framework of the XVII Francophone Summit in Yerevan, the Regional Directorate of the Francophone University Agency in Central and Eastern Europe has expressed its desire to organize its annual meeting in Yerevan, particularly in the National University of Architecture and Construction of Armenia.

Taking into consideration our interest in the implementation of Francophone events and the ties with French Universities as well as the works of the NUACA  Francophone Universities’  Center of Academic Achievements, the annual meeting of the staff of the Francophone University Agency in Central and Eastern Europe was held at our University on July 6 with 22 colleagues from Armenia, Albania, Bulgaria, Georgia, the Republic of Moldova and Romania participating in the event.

Prior to the start of the meeting, Rector Gagik Galstyan hosted the delegation. The Rector welcomed the guests and highlighted the importance of the festival held in our capital as well as the valuable conference with the participation of the representatives from 22 countries in terms of strengthening the Armenian-French educational and cultural ties. Gagik Galstyan also attended the inauguration ceremony of the Assembly and wished the participants success. 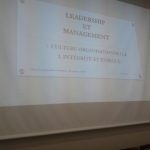 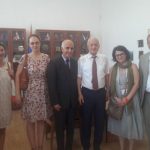 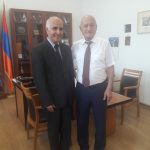 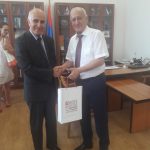 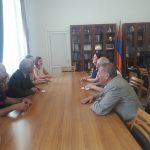 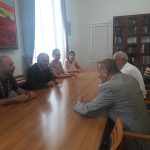 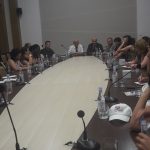