Another reason of pride for our university. PhD student of the Chair of theory of architecture, restoration and reconstruction of historical-architectural heritage, fine arts and history Evlin Ordukhanyan and young scientist Shahen Shahinyan presented a big surprise to all of us at the end of the year, winning a significant competition for the country.

Evlin Ordukhanyan and Shahen Shahinyan presented the ELMA project, the first Armenian electronic map in the world, to the “100 ideas for Armenia” compitition organized by the RA Ministry of Sport and Youth Affairs.

The project has won the “Science about the Country” nomination, as well as received a special prize from the ISTC.

It should be noted that 16 projects have passed to the final stage of the competition. There were 4 nominations and 2 additional prizes. 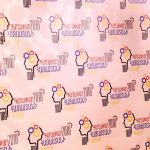 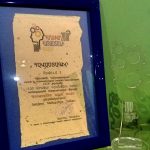 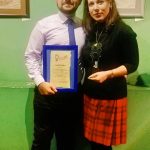 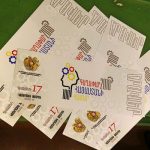