On May 25, the session of the Scientific Council of the Faculty of Construction took place, which was attended by the University management, represented by NUACA Rector, Professor Yeghiazar Vardanyan. First, Mr. Vardanyan thanked the former Dean Davit Grigoryan for his effective and fruitful work during his term in office and assured that Mr. Grigoryan’s knowledge and professional skills will continue to serve the University. Then, Mr. Vardanyan introduced the newly appointed Acting Dean of the Faculty, Ph.D. in Technical Sciences Aram Sahakyan.

2004-2006- First, worked as a pumping station operator in a mechanical treatment plant, then as a prospective development and project implementation engineer, later as a specialist in the Accounting Department , “WATER & SEWERAGE” CJSC

Congratulating A. Sahakyan, the Rector emphasized the role of NUACA Faculty of Construction, considering it in the axis of the development of a number of specialties, as well as expressing hope that through collaborative work it will be possible to contribute to the further development of the Faculty.

Aram Sahakyan thanked for introducing and congratulating him, emphasizing that he will put all his efforts into the development of the Faculty, as well as into the involvement of students in various programs. 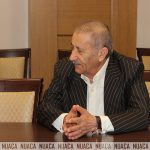 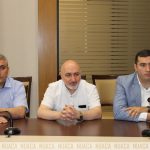 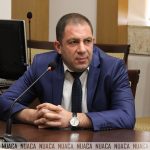 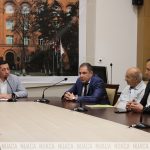 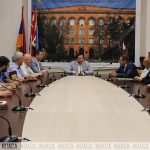 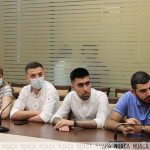 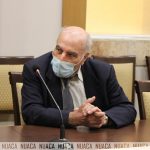 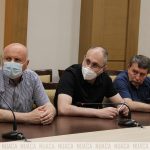 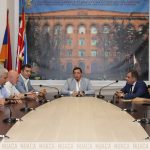