A talent who gave birth to yerevan

On February 20 was the 80th commemoration day of the great architect and main author of Yerevan’s portrait Alexandr Tamanyan since his death. The pantheon named after Komitas was crowded. The mayor of Yerevan city Taron Margaryan, the chief architect of our capital city Tigran Barseghyan, head of Architects’ Union Mkrtich Minasyan, head of Alexandr Tamanyan’s Museum- Institute Hayk Tamanyan, NUACA rector Gagik Galstyan, the dean of NUACA faculty of Architecture Sargis Tovmasyan, vice rectors, lecturers and students were at the tombstone of the prominent architect to express their respect, commemorate and appreciate his path and heritage.

To describe Tamanyan’s innate talent and incredible flight of thoughts the words are not needed as the best witnesses about him are the buildings he erected which reveal the fabulous digniy of the Armenian architecturarchitecture to the world. NUACA rector Gagik Galstyan mentioned in true admiration and pride that yet in 1983-1984 reconstructing the building of the National Academic Theatre of Opera and Ballet he revealed that Alexandr Tamanyan had known also the arts of construction due to which he was not excelled until now.

In his greatness and creativity Tamanyan was compared with Komitas, Narekatsi and Mashtots as he designed Yerevan in the scale of the European cities hence granting eternity to our country.

People gathered in pantheon put flowers on the graves of architects Jim Torosyan and Toros Toromanyan and  then visited Tamanyan’s Museum-Institute. 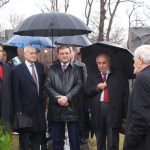 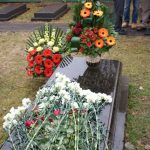 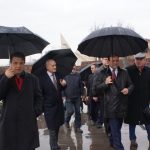 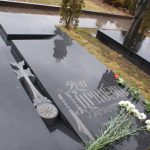 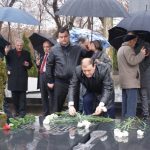 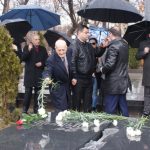 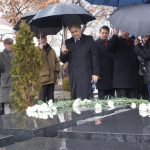 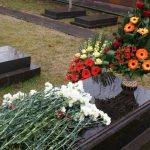 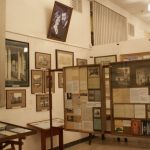 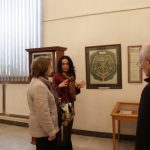 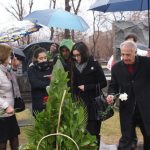 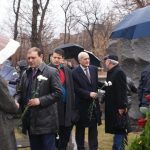 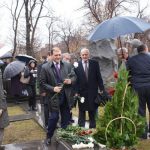