The exhibition of hero Adam was opened

Adam had yet to create, his inquisitive mind had yet to surprise, mint and stand by the talented sons of our country. However, the oath given to his homeland was much stronger. the protection of our country’s borders was also on his shoulders.

Courageously martyred in four-day April war Adam Sahakyan  however managed to leave for us tiny, but now of great value works. During his studies at NUACA Faculty of Design Adam was the author of dozens of graphic works which are presented to public today from his family archive.

Adam Sahakyan’s graphic works’ exhibition was opened at the National Museum-Institute of Architecture named after Al Tamanyan, at the “Tamanyan” hall of the RA State Committee for Urban Construction adjacent to the RA Government organized under the auspices of Narek Sargsyan, Chairman of the State Committee for Urban Development and was a kind of thanksgiving and remembrance event that brought together Adam’s relatives, friends, or just simply people appeciating him under one roof. The exhibition was attended by the Chairman of the State Committee for Urban Development Narek Sargsyan, the RA NA Vice-speaker Hermine Naghdalyan, head of Kentron district, president of the Union of Veterans of the Karabakh War.

Not only graphic works but also his medals for “courage” and “military service” as well as condolence letters from known and unknown people were demonstrated in the exhibition. The exhibition will last a week.

Pain of loss turned into unspeakable pride, survived at the cost of own life many  lives, silently screaming homesickness. This is the reality that exists after Adam, however as sounded from the lips of reciting and singing young people, this reality is revitalizing as it derives from the blood of the hero.

Sergeant Adam Sahakyan on 2016 April 1 at night and 2 at dawn, being in the frontline and the captain of the team, led the fight. Fighting to the last drop of blood, Adam and his comrades allowed Jabrail Regiment to locate and strengthen on  the 2nd line of the fights by eaking the backbone of the enemy and preventing his promotion to inland areas of our country. 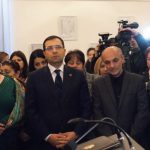 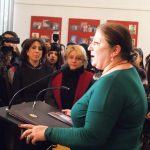 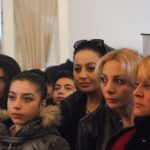 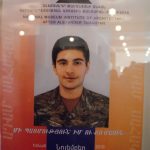 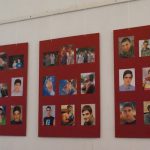 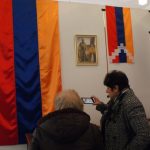 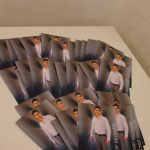 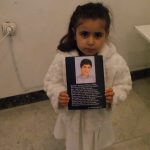 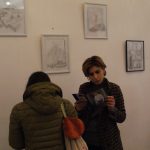 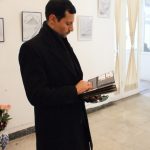 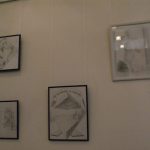 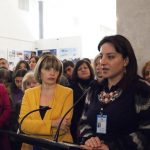 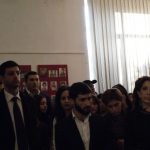 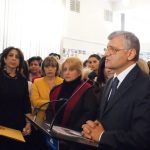 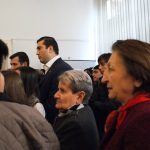