Today the flow of people is targeted to Cascade Complex to celebrate he great architect Alexsandr Tamanyan’s 138th anniversary. The students of NUACA-future architects, came to appreciate the famous Armenian. The students are accompanied by the RA Architects’ Union President Mkrtich Minasyan, director of the RA Builders’ Union Gurgen Minasyan, Tamanyan’s grandchild and great-granddaughter, journalists and just people who remember and commemorate the architect.

Adorning Tamanyans monument with flowers, the people presents there recalled his path and acknowledged his huge investments in the Armenian architecture by which art of ornaments enhanced it with a new content.

Tamanyan was born in the city of Yekatirinodar, current Krasnodar, in 1878. He graduated from St. Peterburg’s Academy of Fine Arts in 1904. By  the monuments of Tekor, Zvartnoc, Ani and folk architecture samples Tamanyan could find a method applicable in modern conditions. Never rejecting, at the same time without repeating the old, he has founded the architectural bridge between past and present of the Armenian culture. The RA Government House was built by his plan for what he received the USSR state award. His plan of Yerevan Opera and Ballet National Academic Theater won a golden medal in Paris international exhibition in 1937.

Tamanyan’s the most important architectural plan is Yerevan layout, which  he started in 1923 and continued till the end of his life. Until now Tamanyan’s masterpieces are benchmarks, while generations are being educated on the basis  of Tamanyan’s architectural school. 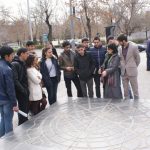 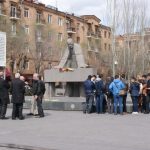 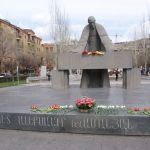 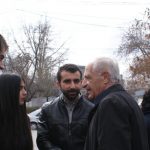 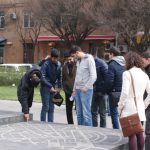 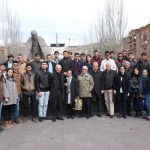