STUDENTS GOT ACQUAINTED WITH THE POSSIBILITIES OF THE ELLMA

An ELMA project was presented to the second year students of the Department of Urban Economics and Ecology of NUACA.

Students were interested in all the opportunities that ELMA provides to professionals in this field. There were also students who wanted to cooperate with the ELMA team.

It should be noted that Evlin Ordukhanyan and Shahen Shahinyan presented the ELMA project, the first Armenian electronic map in the world, to the «100 ideas for Armenia” competition organized by the RA Ministry of Sport and Youth Affairs.

The project was recognized as a winner in the nomination of “Sciences about Country” and received a special award from ISTC. 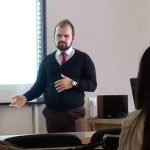 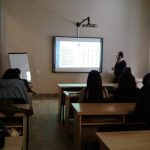