Within the framework of cooperation between the National University of Architecture and Construction of Armenia and Beijing University of Civil Engineering and Architecture, as well as the membership in the Architectural University International Consortium, NUACA Rector Y. Vardanyan, Vice-Rector for Academic Affairs G. Stepanyan, Vice-Rector for International Relations V. Yedoyan, Chief of the Staff H. Hoveyan, Dean of the Faculty of Construction A. Sahakyan, Dean of the Faculty of Architecture A. Shatvoryan and Head of the Center for Languages S. Hovhannisyan participated in the online annual conference of the member universities of the Architectural University International Consortium and the annual student award ceremony for graduation works.

This year, the joint project of Martin Martikyan, Melanya Hakobyan, Victoria Yeromina and Yana Arakelyan, students of the Chair of Architectural Design and Design of Architectural Environment of the Faculty of Architecture, supervised by lecturers of the same Chair Anna Yengoyan and Anahit Vardanyan was presented at the competition. The students’ project on “Tourist Port Design at the Intersection of the Yangtze River and the Grand Canal on the Shi Islet in China” took the honorable third place in the “Architectural Design” category and was awarded a monetary prize.

The official part of the event was followed by a panel session entitled “Resilient Cities and Smart Development”. During the panel discussions, the relevant faculties and departments of the Consortium member universities presented the projects of smart cities and green cities being developed in their universities, the problems related to their implementation, and new approaches to improving the urban ecological environment.

At the end of the conference, the Chinese side expressed its deep gratitude to all the participating parties for active and mutually beneficial cooperation. According to the preliminary agreement, the next committee of the rectors of the Consortium member universities in 2022 and the information on the international student competition will be additionally introduced early next year. 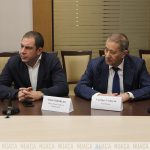 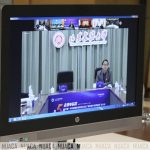 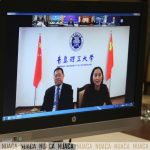 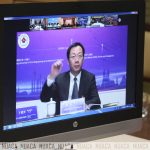 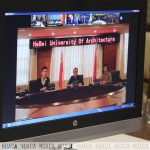 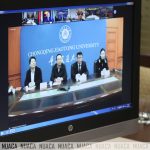 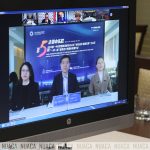 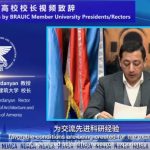 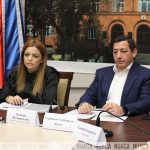 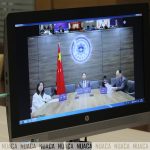 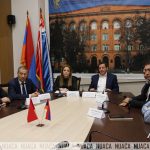 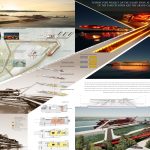