The awarding ceremony of Lithuanian art historian and art critic Jurgis Baltrušaitis took place at National University of Architecture and Construction of Armenia.

The event was attended by the Ambassador Extraordinary and Plenipotentiary of Lithuania to the Republic of Armenia Inga Stanytė-Toločkienė, NUACA Rector Yeghiazar Vardanyan, Founder of “Petros Aloyan” (PA) Foundation Hayk Aloyan, Director of the Foundation Anna Aloyan, Director of “Mediamax” news agency Ara Tadevosyan, NUACA Vice-Rectors, Dean of the Faculty of Architecture, Heads of Chairs and the student who won the competition. The Baltrušaitis competition was launched in 2017 with the joint efforts of the Embassy of the Republic of Lithuania in the Republic of Armenia, National University of Architecture and Construction of Armenia, “Petros Aloyan” (PA) Foundation and “Mediamax” news agency.

After exchanging mutual greetings, NUACA Rector Y.  Vardanyan noted in his speech that Armenia and Lithuania have a long-standing friendship, as Lithuania was the first to recognize the independence of the Republic of Armenia 30 years ago.

At the end of the ceremony, the trilateral cooperation between the Embassy of the Republic of Lithuania in the Republic of Armenia, “Petros Aloyan” (PA) Foundation and National University of Architecture and Construction of Armenia was prolonged for three years. 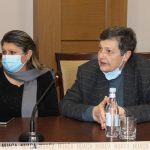 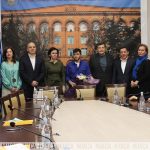 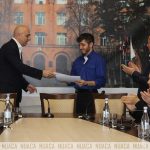 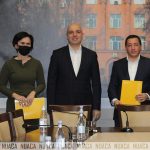 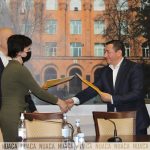 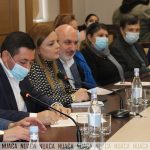 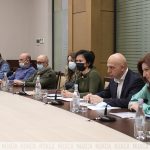 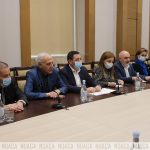 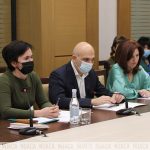 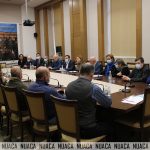 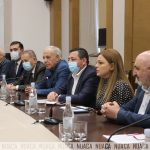 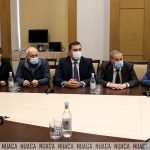 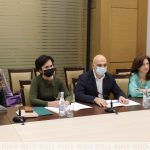 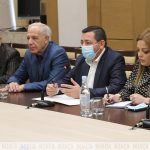 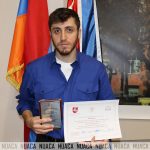 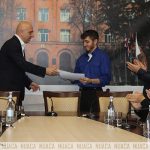