We own the student cup of volleyball

On November 24-26, in the framework of the “Sports Games” dedicated to the 25th anniversary of the Republic of Armenia our volleyball team of males won the first place in the contest recording 3 victories and beating the teams of ANAU and ASEU by 2:1 score for both games and in final and decisive game ours recorded 3:1 against the Polytechnic University.

The presence of NUACA Rector Mr. Gagik Galstyan in the final game truly inspired our boys and they played by doubled zealousness up to their victory.

We cordially congratulate our volleyball team, all its players, the senior coach Ninel Nikoghosyan, head of Physical Education and Sports team Hakob Badalyan for this achievement wishing newer summits.

In general, 8 teams were participating in the contest which was held the first time and was organized by the Student Sports Federation of Armenia and the Youth Organization of the Armenian Republican Party. 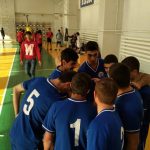 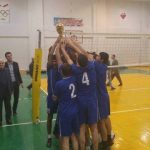 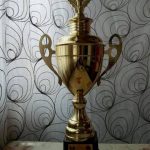 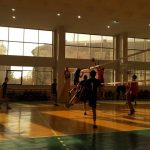 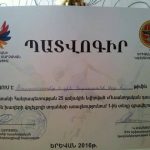 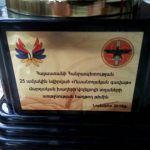 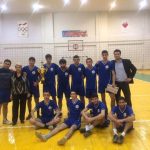 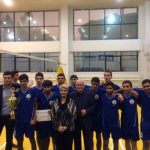 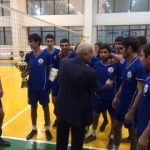 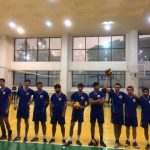