#WE ARE EVERYWHERE! WRITE, TAKE PHOTOS AND TALK ABOUT IT….

The word is not accidental. Everywhere is the invisible place where the spirit, creativity and thought of the Armenian live.

With the support of the Italian Embassy in Armenia, artists Bianco-Valente couple came up with the “ARMENIA IS EVERYWHERE” project to unite Armenians around the world, establish a dialogue and make Armenia known to the world.

Artists who arrived in Yerevan to study Armenian culture, communicating with people and historical and cultural sites realized that, regardless of geographical boundaries, from the pain of time, from the split and clash of nations Armenians were everywhere and bound by invisible but very strong threads.

Today, the said project will make these threads tangible. Photos in the palms with the inscription “EVERYWHERE” are distributed on social networks, thanks to the hashtag – “EVERYWHERE”. This unique idea will unite and contribute to the fact that every Armenian living in any corner of the world will be able to attest to his existence and confirm: “There are also Armenians here.”

The project was launched by the National University of Architecture and Construction of Armenia, in which the organizers presented to students the whole essence and significance of the project, the importance and precedents of such an initiative. While still in the classrooms, students were in a hurry to decorate their hands with the symbol “EVERYWHERE” so that they could start taking pictures in the courtyard to realize this lofty idea.

Although the project “EVERYWHERE” began from our university, it has already managed to cover the entire city and involve a number of structures. The project initiative was joined by the Office of the World Food Program in Armenia, the Congregation of Mekhitarists, the Commonwealth Group of the Inter-Parliamentary Union of Italy-Armenia, the INSITU art agency, the Institute of Contemporary Art, the “Artlab Yerevan”Creative Organization, Kond Gallery, the Lusik Aguletsi House Museum. 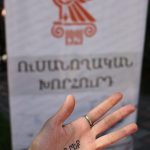 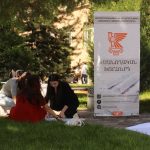 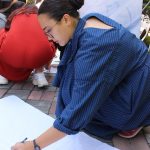 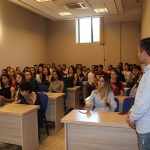 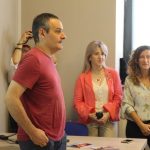 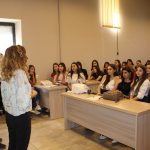 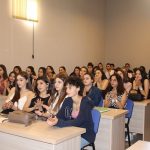