They prayed and supported through painting

Yesterday, in Artists’ Union of Armenia, Armenian artists morally supported China through the colors in the battle against coronavirus. The event with the title of “Prayer for the people of Wuhan, one canvas as an assurance of support” was held by Yerevan State Academy of Fine Arts, Armenian State Pedagogical University named after Kh. Abovian, Artists Union of Armenia. Lecturer at NUACA, RA People’s and Honored Artist, Hrant Tadevosyan (Tatos) attended to the event. Further, RA Minister of Foreign Affairs, Zohrab Mnatsakanyan and Ambassador of the People’s Republic of China in Armenia, Tian Erlun took part in the event, as well. Referring to the cultural relation and regular events between Armenian and Chinese people, Foreign Minister Zohrab Mnatsakanyan noted that the purpose of the event is to express our support and encouragement to our ally country China in measures against coronavirus. “The determination of Chinese people of resisting these challenges is worthy for admiration”, the Minister emphasized and hoped that the measures against coronavirus developed by the Chinese Government will enable them to cope with this situation in near future. The Ambassador, Tian Erlun expressed his gratitude on behalf of Chinese people and him to the organizers of the event and mentioned that the canvas “Prayer” manifests Armenia’s support to Chinese people. At the end of the event, the canvas “Prayer” created by RA People’s and Honored artists and talented students has given to the Embassy of China as a sign of respect and support. 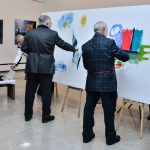 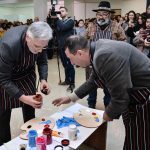 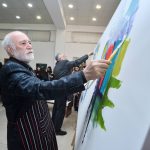 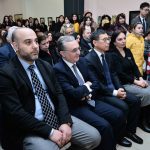 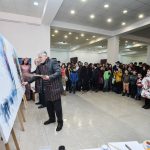 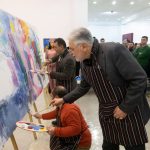