The final session of the two-day Conference entitled “Prospects for the Development of the University” took place at the National University of Architecture and Construction of Armenia.

The launch of the Conference took place on February 4 in Aghveran. At the two-day Conference the University members came up with various interesting reports.

During the final session, the presented 141 reports and proposals were discussed in detail, and it was decided to group them according to the respective directions (education and science, research, innovation, internationalization, human and general resources), and hereinafter, to pursue their implementation.

NUACA Rector Yeghiazar Vardanyan came up with a proposal. He, particularly, mentioned that the Chairs implementing an academic program, in addition to giving an “order” to other Chairs to develop a course, should also take into account the connection of the given course with other courses conducted by the Chairs not issuing specialties and the requirements arising from those courses. As a result, not only vertical cooperation will be formed between the Chairs and their staff, that develop the relevant courses (execution of the “order” given from the specialty issuing Chair), but also horizontal cooperation (taking into account the connection between the courses and mutual requirements). As a result, Chairs, whether they are specialty issuing or not, will take an active part in each other’s curriculum development processes, which will allow to more clearly outline the work of the Chairs not issuing specialties. In particular, it will become clear what kind of course is necessary for this or that academic program and at what level it should be implemented.

Summing up the work implemented within the framework of the Conference, Rector Y. Vardanyan thanked the participants for their consistent, effective work and the proposals, aimed at the development of the University. 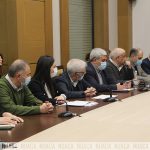 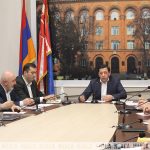 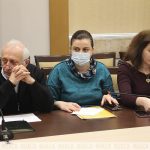 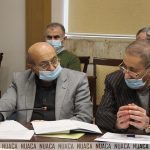 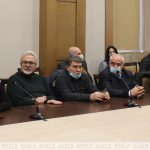 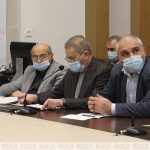 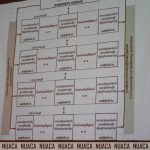 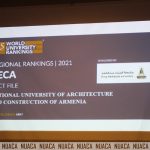 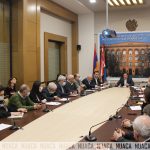