The event was attended by the NUACA Rector Gagik Galstyan, the Coordinator of the Armenian Youth Foundation’s Board of Trustees, MP Karen Avagyan, advisor to the NUACA Rector Hovsep Hoveyan, NUACA vice-rectors, representatives of the academic faculty, both the NUACA and other university students.

Karen Avagyan, congratulating the winners of the awards, acknowledged: “This is one of the universities where the cooperation between the university administration and students is very well-established. The University is distinguished by its working style, with direct contact between its Rector and the students, and the Rector is especially responsive for all student initiatives”.

Rector Gagik Galstyan, summarizing the year, said: “We are bidding farewell to another year, during which we recorded success stories, achievements and established partnerships. During the passing year our distinguished lecturers and students honourably presented our University on international platforms and received highest awards. May we greet the New Year in bold trust that it will be the year of stable peace, health and prosperity”.

During the award ceremony, the winning team of Hovhannes Zanazanyan Interfaculty Football Championship also received awards. The students also prepared a surprise for Karen Avagyan and Gagik Galstyan. Karen Avagyan was awarded the Student Council Award for his contribution in student councils’ development, for always supporting student projects and caring for their implementation. Dr. Gagik Galstyan was awarded the Student Council’s “Honorary Cup” for his student-centered workstyle, achievements and success stories as well as for enjoying true respect and admiration of both his students and the University’s academic and administrative personnel. 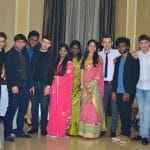 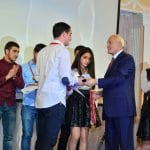 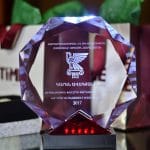 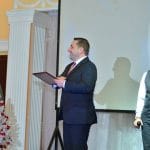 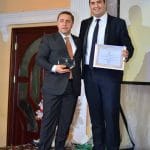 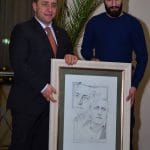 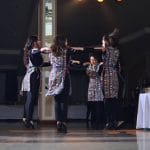 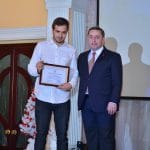 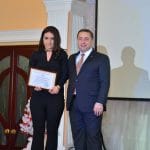 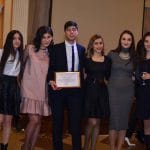 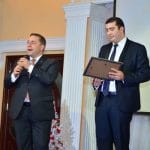 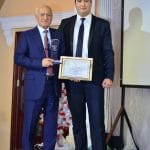 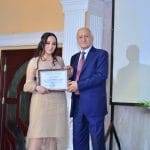 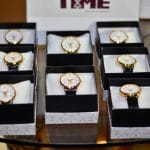 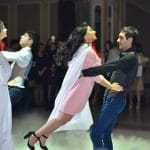 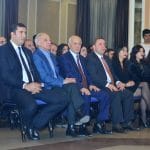 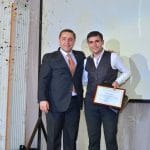 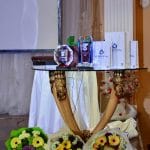 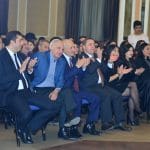 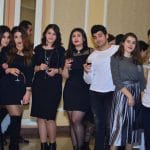 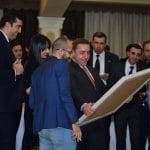 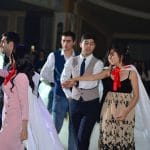