Summarizing and considering further activities: The meeting of Scientific Board took place

Today the first meeting of the year of Scientific Board of NUACA took place. The agenda of the meeting included the following: the annual report of Rector, structure changes within the University, the application of the program of receiving basic financing from RA Budget for scientific and scientific-technical activities, approval of dissertation topics as well as scientific mentors.

Mr. Vardanyan began the Board Meeting by talking about the priorities which were mentioned several times as targets. By introducing the structure of the University, completed, current and expected programs, international partnerships, the research activities of the University, events and conferences held, Acting Rector emphasized 3 priorities , based on which the University is going to build its activities. Those are education improvement and subject review of educational plans, improvement of scientific research efficiency as well as program of anti-corruption activities. Besides, there was presented the necessity to resume European institutional accreditation.

Reflecting on the structure changes of the University, Mr. Vardanyan referred that those structure and staff changes are not for economizing, but for increasing the efficiency of education. In this context, the draft of updated structure, units managed by Vice-rectors and its functions were introduced.

The Acting Rector of NUACA Yeghiazar Vardanyan presented annul budget performance of 2019, 2020 Budget planning and incurred expenses started from the day he was appointed (December 2nd) until now.

As a reminder, the regular meeting of the Board of Trustees of NUACA Foundation will take place tomorrow at the 2023 hall of NUACA, at 5:00 PM, 31th of January. 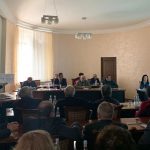 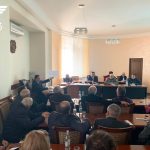 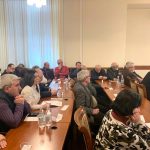 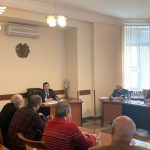 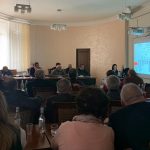 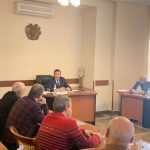 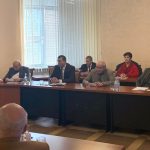 05.05.21
NUACA STUDENTS ARE THE WINNERS OF REPUBLICAN OLYMPIAD IN RUSSIAN LANGUAGE
03.05.21
MEETING-CONVERSATION WITH DAVIT AMALYAN
30.04.21
SIGNING OF THE MEMORANDUM
30.04.21
COOPERATION AGREEMENT BETWEEN NUACA AND PGUAS