OUR STUDENTS PARTICIPATED IN THE “PROJECT WEEK” HELD IN TYUMEN

A “Project Week” was held at the Tyumen Industrial University of Russia  which was attended by the NUACA students as well. The workshops were conducted by Professor Gerckard Iring from the University of Brandenburg.

Seven students from our university, led by their lecturer Zara Mamyan from the NUACA Chair of Urban Construction, formed five groups with the students from Tyumen University and prepared development project proposals for the core areas in Tyumen.

At the end of the workshops our students received certificates of participation from the Provost of Tyumen University.

The week was also exceptional in terms of  communicating with different cultures and discovering new values. The group of students also visited Tobolsk and Abala getting acquainted with the local cultural and historical heritage.

The last stop of our university delegation in Russia was the Institute of Architecture and Construction of Moscow, where they learned about the academic processes and auditoriums  as well worked on several joint projects. 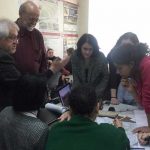 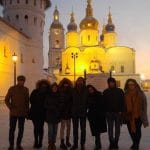 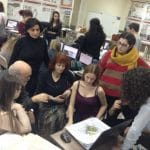 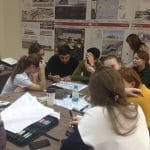 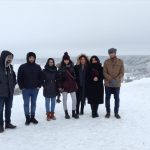