OUR STUDENTS COMMEMORATED THE ARMENIAN SPARAPET

On March 6th, the 25 students from the National University of Architecture and Construction of Armenia visited the Military Aviation University after Armenak Khamperyants. On the occasion of the 59th anniversary of Sparapet Vazgen Sargsyan the NUACA students presented the concert and theatrical performance “The Heroes of Artsakh – the Heroes of Our Days” commemorating the heroes who sacrificed their lives for the homeland.

During the theatrical performance organized on the initiative of the Student Council and the Armenian Youth Foundation, episodes of the Artsakh four-day clashes in April were also shown. The leadership of the Aviation University and the students were rewarded. The leadership  of the Aviation  College also rewarded the active students for their contributions in education and patriotic-military activities.

According to the head of the Aviation University, General-Major Daniel Balayan, it was a nice gift and commemoration for Sparapet Vazgen Sargsyan. He acknowledged  that Vazgen Sargsyan’s role was important not only in the process of establishing the third Armenian Republic, but also for their educational institution.

The Head of the Armenian Youth Foundation’s Projects Implementation Service Arusyak Poghosyan outlined the spiritual, patriotic and cultural orientation of their initiatives, stressed the importance of acknowledging the heroes. She praised that these initiatives propagate in the students’ initiatives. “Vazgen Sargsyan’s birthday is a celebration for the whole army. And the format chosen is just for patriotic education. We are grateful to our Sparapet and participate in such initiatives so that his image becomes known also for further generations”.

The advisor to the NUACA Rector and the Student Council President Hovsep Hoveyan informed that the theatrical performance was played for the fourth time one of which was staged in the Artsakh Republic. He added that there will be other events with the RA military units in the near future. 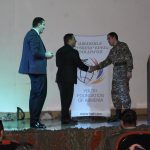 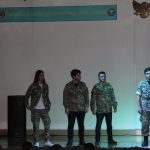 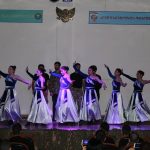 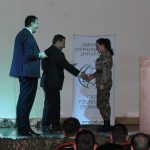 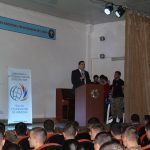 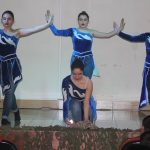 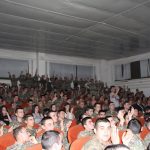 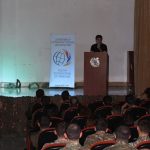 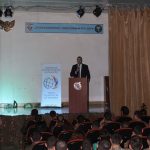 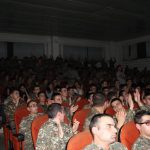 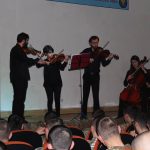 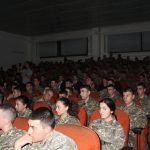 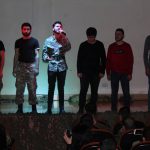 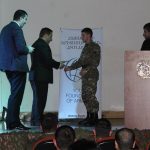 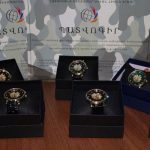 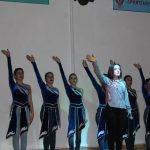