FROM A SERIES OF INTERESTING MEETINGS

The National University of Architecture and Construction of Armenia continues a series of meetings with the representatives of cultural, social and scientific spheres. This time the University hosted the Artistic Director of Yerevan State Puppet Theatre after H. Toumanian, Honorary Worker of Art of the Republic of Armenia and director – Ruben Babayan.

The meeting was attended by NUACA Rector Y. Vardanyan, lecturers and students. During the interesting meeting, the artist’s career path, performances and awards were discussed. In his speech, R. Babayan emphasized that he attaches great importance to the meetings with young people, as the latter are the pulse of the time, they know what they want from education and from life in general. Rector Y. Vardanyan thanked the artist for accepting the invitation and being hosted at the University, noting that the life and the fruitful creative path of artists can have a great impact on students and be an inspiration for them. Highlighting the importance of such meetings, the Rector added that there will also be outgoing meetings in different cultural places.

Information on the upcoming meetings will be provided additionally. 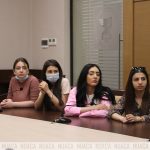 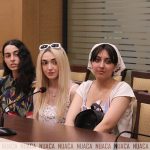 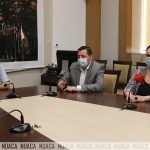 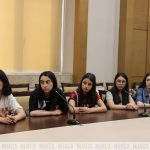 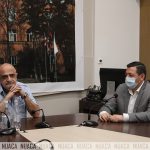 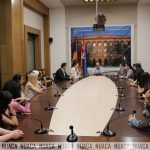 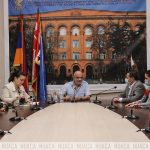 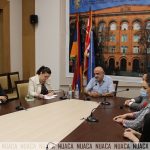