FREE OF CHARGE CITY TRAVEL FOR THE NUACA STUDENTS

The project “Free of Charge Travel for the NUACA Students” was relaunched as a part of the trilateral agreement signed among NUACA, Ararat Bank and the Yerevan Metro CJSC after K. DEMIRCHYAN. Thankful to this agreement socially disadvantaged, but active students from the University have the opportunity to travel by the subway for free. Today, about 20 students have been involved in the existing program.

Hovsep HOVEYAN, the NUACA President of the Student Council, handed the students the subway swipe cards and congratulated them. It should be noted that this project, as the brainchild of the NUACA Student Council, was recognized as the winner in the “Best Unique Project” nomination during  the “Haykyan” Awards Ceremony 2015 organized by the Armenia Youth Foundation. 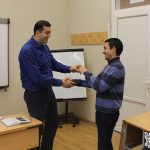 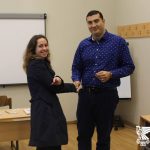 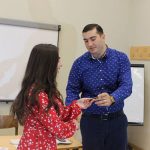 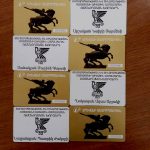 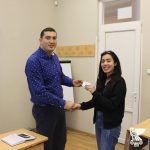