Master students of the Faculty of Architecture of the Armenian National University of Architecture and Construction Arman Khachatryan, Anna Khachatryan and Vardges Shahmenendyan presented works that will compete in the nomination “Preservation and Restoration of Historical-Architectural Heritage”.

NUACA Rector Gagik Galstyan, Acting Extraordinary and Plenipotentiary Ambassador of the Republic of Lithuania to the Republic of Armenia Nida Dalmantaite , President of the Armenian Union of Architects Mkrtich Minasyan, Director of the “Petros Aloyan Foundation” Hayk Aloyan, Head of the chair of theory of architecture, restoration and reconstruction of historical-architectural heritage, fine arts and history, PhD in architecture, associate professor Emma Harutyunyan, Dean of the Faculty of Architecture Sargis Tovmasyan and lecturers were present at the presentation.

The topic of the 3 master’s thesis was the same as Gyumri, with its historical-architectural features and new solutions to the idea of reviving Armenia’s 2nd Capital.

By the decision of the committee, the author of the best work, the winner of the award Baltrušaitis, will receive a certificate as well.

Let us remind you that the Jurgis Baltrušaitis Award has been established by the Foundation named after Petros  Aloyan, in cooperation with the Embassy of Lithuania in Armenia and the National University of Architecture and Construction. 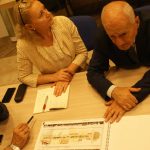 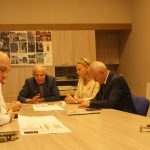 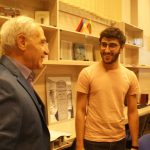 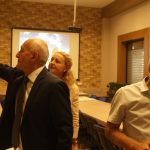 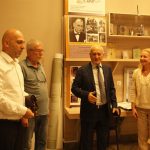 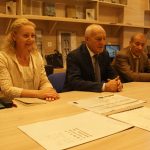 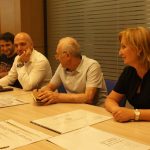 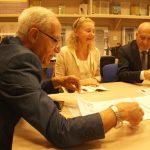 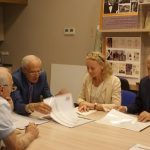 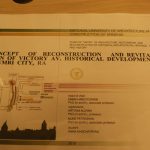 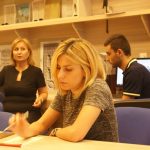 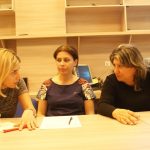 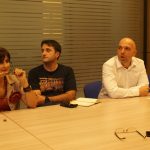 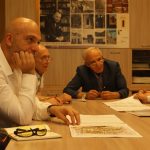