ARGAM SHAHBAZYAN IS THE WINNER OF BALTRUŠAITIS AWARD

With the joint efforts of the Embassy of Lithuania in Armenia, the National University of Architecture and Construction of Armenia, “Petros Aloyan” Foundation and the “Mediamax” news agency, the Competition named after Lithuanian historian and art critic Jurgis Baltrušaitis is traditionally held for the fifth year in a row.

The award in the category of “Preservation and Restoration of Historical-Architectural Heritage” is given each year to the author of the best graduation work of the year of the Faculty of Architecture.

Today was the final round and the award ceremony of the competition, which was attended by the Ambassador Extraordinary and Plenipotentiary of Lithuania to the Republic of Armenia Inga Stanytė-Toločkienė, NUACA Rector Yeghiazar Vardanyan, Founder of “Petros Aloyan” Foundation Hayk Aloyan, Director Anna Aloyan, Director of “Mediamax” news agency Ara Tadevosyan, NUACA Vice-Rectors, Dean of the Faculty of Architecture, Heads of Chairs and students who had made it to the final round of the competition.

Argam Shahbazyan, Milena Nikolyan and Sergey Sargsyan, graduate students of the Faculty of Architecture, presented their works on the revalorization of the square near the Yerevan station to win in the category of “Preservation and Restoration of Historical-Architectural Heritage”.

By the decision of the members of the committee, the work of Argam Shahbazyan, graduate student of the Faculty of Architecture was recognized as the best.

It should be noted that the Baltrušaitis competition was launched in 2017 for a period of five years; this year the parties are convinced that it will be extended for another three years, that the Armenian-Lithuanian cooperation will continue and will expand. 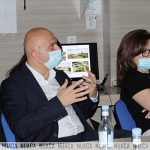 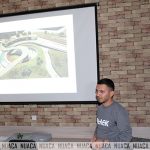 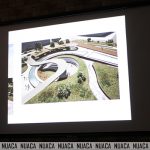 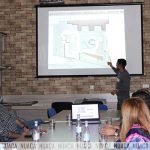 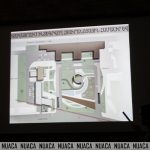 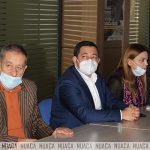 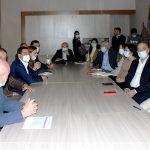 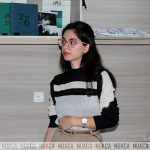 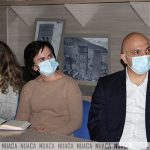 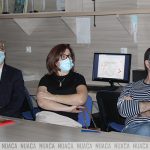 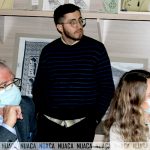 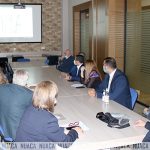 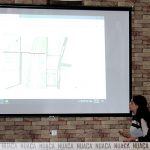 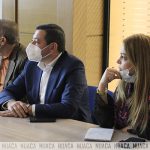 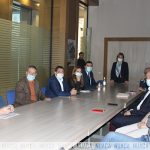