TÊTE-À-TÊTE WITH “FOR COURAGE” MEDALIST MAKICH

During the war the photo of this eagle-eyed soldier often encouraged us, the ones being at the rear. We looked at them, read about the heroism of our brave soldiers and armed ourselves with unspeakable faith and pride.

In the photo it is Makich Aghajanyan, a student of NUACA Faculty of Urban Economy and Ecology. He returned from military service a month ago having destroyed 2 UAVs, with the “Medal of Courage”, with dreadful memories of war, and yet with an invincible spirit.

Throughout the conversation he’s having a hard time to share stories from the battle saying that he doesn’t like telling and experiencing one more time the pain of losing his friends. Makich, the senior air defense gunner of anti-aircraft, served in Askeran protecting the borders of Aghdam during the war. He says that he hasn’t seen a single sad and desperate soldier at wartime; they were fighting, talking, smiling, rejoicing at each other’s heroism, sharing the pain, but they didn’t stop believing that the victory would be ours.

“On the contrary, we were sad when they announced the war was over… The end of the war with such an outcome was unexpected and more horrible than the war itself,” he confesses and adds immediately that the combativeness of The Armenian Army has never been down and even now everyone is ready to take up arms and show the enemy their real place once and for all.

Makich, born in Vardenis, says half-jokingly that he has also managed “to socialize” with the enemy; “In our area we didn’t lose our human qualities even when dealing with the enemy. After the ceasefire we allowed them to come to us and ask for cigarettes or water and talk without any intention to fight, but, nevertheless, we never lost our vigilance dealing with an enemy like them.”

He says that it’s impossible to break the patriotism and the spirits of our boys, and that is our main weapon, “We have that, as soon as the ammunition stock is enriched, and we become inseparably united, we will definitely win.” 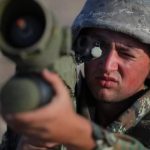 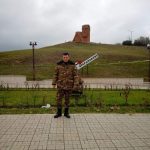 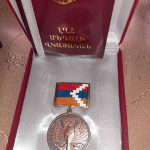