Armenia was firstly represented at the international congress by our university

This year, for the very first time, Armenian delegates participated in the international congress dedicated to the earthen constructions. In the conference organized from 10 to14 July our country was represented by NUACA, Yerevan Municipality and other institutions. Officially invited by the Municipality of Leon the conference was attended by the NUACA Provost Gagik Galstyan, NUACA vice-rector on financial affairs Marine Ghazaryan, temporary acting head of ”Theory of Architecture, Restoration of Historical and Architectural Heritage, Fine Arts and History” Chair Emma Harutyunyan and candidate of Architecture, professor Lyuba Kirakosyan.

In the modern world the need of using earth as a traditional construction material and the importance of earthen structures’ preservation increase year-by-year. Due to this fact, starting from 1970s and every 4 years international conferences dedicated to the preservation and development of earthen legacy are organized by UNESCO in various countries. This year was not an exception, while the international conference that hosted 800 participants from all 80 countries was also emblematic conditioned by the evening dedicated to our country and special reception event for the Armenian delegation organized by Leon Municipality.

The representatives of our University delivered reports on the history, peculiarities, development stages and modernization perspectives of the Armenian earthware construction. Marine Ghazaryan’s report was on the subject of “Legacy and Sustainable Development of the Earthen Structures”, Emma Harutyunyan reported on the “Peculiarities of the Armenian Earthware Residential Houses” and Lyuba Kirakosyan talked about the “Earthen Structures of Tigranakert in Artshakh”.

The five working days were full of scientific reports, social and business meetings and discussions on the prospects of new projects. Our University delegation was also hosted at Leon Municipality where, at the presence of all scientific supervisors of the conference, head of Grenoble Crater laboratory and several other reputable people the National Day of Armenia was celebrated. After the warm reception the Mayor of Leon invited our delegation to attend the solemn commemorating ceremonies and military parade dedicated to Storming of the Bastille, the French National Day.

Provost Galstyan extended his gratitude to the organizers during the reception event and summarized the results of the cooperation. Introducing the development perspectives and legacy of earthware structures of our country as well as our University’s commitment to the participation and co-operation Mr. Galstyan was hopeful to host another international conference in Armenia dedicated to the earthen construction. 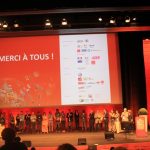 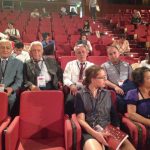 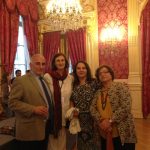 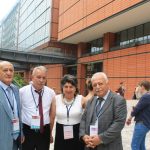 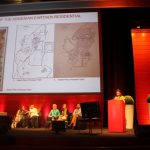 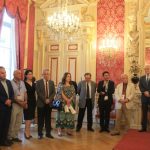 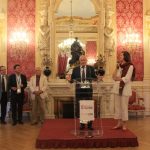 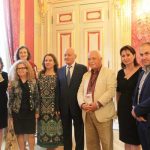 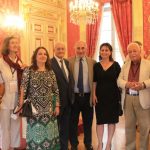 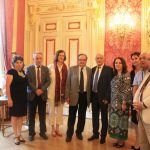 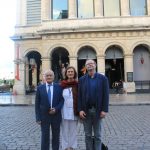 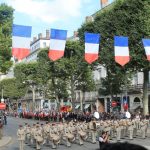 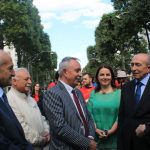 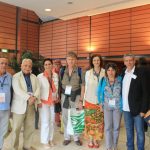