Albert weiler is a “honorary doctor” of our university

Today NUACA was crowded and multilingual; the day was significant. The deputy of the German Bundestag, President of German-Armenian forum and the Mayor of Milda city Albert Weiler was at our university in the frames of his Armenian visit.

The visits of Weiler (known for his pro-Armenian activities in Germany) to Armenia were regular, but to our university it was the first and the most significant. Albert Weiler was awarded the title of a “Honorary Doctor” of NUACA for his great contribution in strengthening the German-Armenian friendship.

Among the guests were Matthias Kiessler, Ashot Smbatyan, ambassadors of Armenia and Germany, head of the German-Armenian inter-parliamentary friendship group of the RA National Assembly and deputy Artak Davtyan, the lecturers from German, French, Spanish universities (who were on a working visit to our university), vice-rectors and faculty staff of NUACA.

In his welcoming speech NUACA Rector Gagik Galstyan addressed gratitude to Albert Weiler for his pro-Armenian activities in Germany and for keeping the topic of the Armenian Genocide always current in the agenda of the German Bundestag. Rector Galstyan introduced the guests with the educational, scientific and cultural activities of our university, international relations, the numerous victories at competitions, continuously organized international conferences and forums, as well as the number of foreign students studying at the university and the work done with them.

Deputy Artak Davtyan considered the awarded degree by our university not an accidental fact. He noted that National University of Architecture and Construction at Armenia is one of country’s leading universities, and it has a direct correlation with Albert Weiler’s profession. Describing his German counterpart as absolutely a good individual and politician, Davtyan noted that apart from the Germany-South Caucasus Forum, in 2015 Weiler decided to create a forum to expand and promote the Armenian-German political, economic, cultural and scientific ties.

In love with Armenia and with a great desire to step on Mount Ararat from Armenia Albert Weiler thanked Gagik Galstyan for his “Honorary Doctor” title of NUACA. He told about his activities carried out in  Bundestag, and passed way with ambassador Smbatyan and deputy Davtyan. Albert Weiler informed that they arrived Armenia with 5 students from his community in a 10-day exchange program looking forward to a mutual visit of Armenian students to Germany. “This project is a seedling that needs to grow and strengthen the German-Armenian friendship,” Weiler hoped.

Again thanking each other for warm and far-looking meeting, and looking forward to the next gathering the parties gifted each other souvenirs. 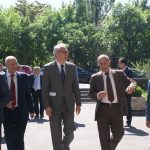 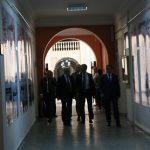 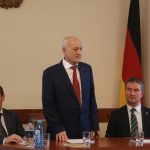 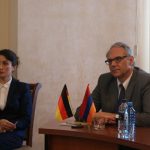 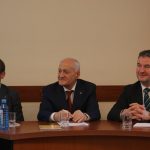 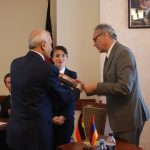 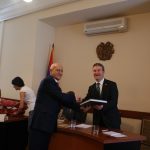 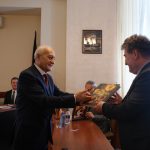 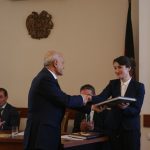 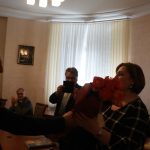 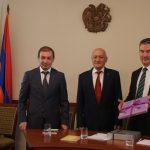 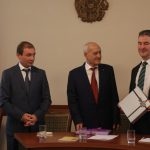 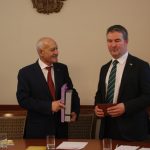 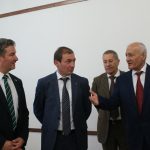 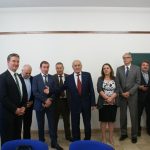 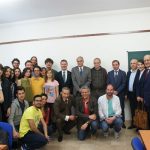 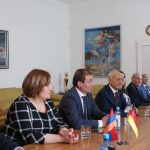 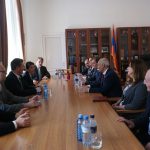 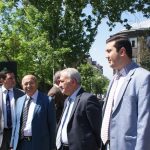