THIS YEAR’S WINNER OF BALTRUŠAITIS AWARD IS ASTGHIK GHAZARYAN

International Students’ Day was particularly important for the second-year graduate student at the Faculty of Architecture of National University of Architecture and Construction of Armenia. Astghik Ghazaryan’s “Conceptual Design of the Reorganization of the Area Adjacent to Vardanants, Shahinyan and Charents Streets” was recognized as the winner in the “Modernization of Historical-Architectural Environment” category of the annual Jurgis Baltrušaitis award ceremony, receiving a scholarship established by the “PETROS ALOYAN” Foundation (with an award in the amount of 1500 euros).

In the preliminary stage of the competition, 17 projects were presented to the  committee. 5 students’ works were selected for the final stage. At the final stage, after presenting the works, the committee discussed the projects, and the priority was given to the project, which was up-to-date in terms of implementation and reconstruction. Having studied the presented projects, Hayk Aloyan, Head of “Petros Aloyan” Foundation, attached importance to this event, noting: “The number of participating students is increasing year by year. I hope we are going to see better works more and more.”

The “Jurgis Baltrušaitis” Annual Award was established in 2017. NUACA Rector Yeghiazar Vardanyan extended his gratitude to all the participants for their cooperation and emphasized the important role of the award ceremony, noting that it greatly contributes to Armenian-Lithuanian friendship. 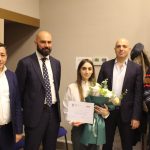 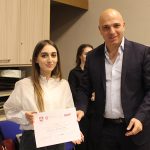 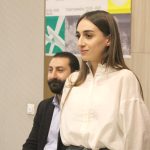 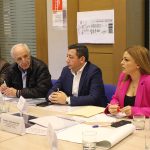 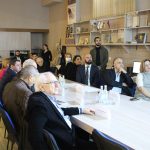 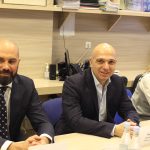 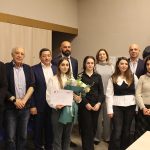 30.01.23
MEMORANDUM OF COOPERATION WITH “SHIRAKATSY LYCEUM” INTERNATIONAL SCIENTIFIC-EDUCATIONAL COMPLEX
28.01.23
HAPPY ARMENIAN ARMY DAY!
27.01.23
WITHIN THE FRAMEWORK OF THE “ERASMUS+ TACEESM” PROJECT A WORKSHOP WAS HELD AT THE UNIVERSITY OF MARIBOR
24.01.23
ON THE IMPORTANCE OF THE SPECIALTY OF HYDRAULIC AND HYDROPOWER STRUCTURES