The Ministry of Territorial Administration and Infrastructure of the Republic of Armenia, with the support of the Asian Development Bank, organized a two-day conference on “Innovation in Road Infrastructure”. The two-day conference was attended by representatives and experts of the RA MTAI, the National University of Architecture and Construction of Armenia, the “Road Department” Fund, AD Bank, the Urban Development Committee, and international organizations.

At the opening ceremony the participants were greeted online by Hideaki Iwasaki, Director of Central and West Asia Transport and Communications Division of the Asian Development Bank. According to Christine Ghalechyan, Deputy Minister of MTAI, coordinator of the sector, these discussions will help to understand how the road infrastructure sector is going to respond to innovations, and what new technologies can be applied in Armenia. According to the Deputy Minister, both in the forthcoming strategy of the road sector and in the action plan of the Government, a sufficient role is given to innovations, the aim of which is to increase the competitiveness and safety of the road network through the application of new construction methods and solutions.

The Rector of the National University of Architecture and Construction of Armenia, Yeghiazar Vardanyan spoke at the conference, and highlighted the importance of the works done within the framework of the “Innovation in Road Infrastructure” conference. Mr. Vardanyan noted that such a format of meeting was unprecedented, emphasizing: “For the first time in Armenia, such a field discussion is organized, where representatives of scientific-research, educational-academic, state, private, public sectors, and donor organizations are involved. This is an essential platform where specialists exchange ideas, present views, debate, as a result of which they can find solutions, make decisions and present them to the governing bodies for implementation.”

During the session on “Transport Development. Road Infrastructure”, Aram Sahakyan, the Dean of the Faculty of Construction made a report on “The Role of the National University of Architecture and Construction of Armenia in the Development of the Sector. The Role of Science in Innovations”. During the session on “Future Road Construction: New Methods and Approaches” reports were made by Hakob Gyulzadyan, Head of the Chair of Roads and Bridges, Artashes Sargsyan, Associate Professor at the Chair of Roads and Bridges, Armen Minassian, Advisor to the Vice-Rector for International Affairs and Grigor Sargsyan, scientific researcher. Vardan Gharibyan, a lecturer at the Chair of Engineering Geodesy, made a report on “The Use of Mobile Scanners in the Design and Construction of Roads, Traffic Routes and Infrastructure” at the session on “Novel Technologies”.

It should also be noted that Pavel Pospelov and Yuri Vasilyev, representatives of the partner of the University, Moscow Automobile and Road Construction State Technical University, presented an online report on “Information Modeling Technology in Highways” through the mediation of the University.

The participants of the conference also touched upon the role of science in innovations, the normative base of road infrastructure, the design problems of bridges in Armenia and many other issues. 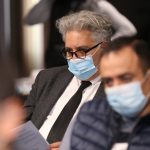 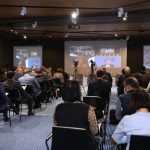 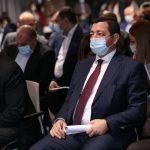 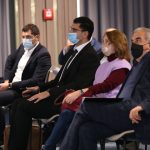 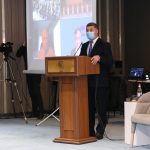 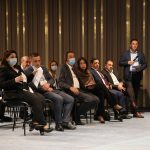 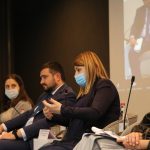 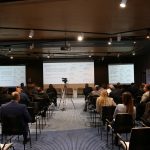 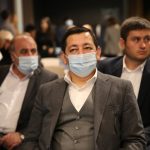