NUACA is reviewing its policy by emphasizing the questions regarding to increasing the role of the University staff, expanding their involvement at work, as well as the development of the academic potential and salary raise of the employees.

During the meeting, there were presented and discussed the Budget performance of 2019 and the planning of the Budget of 2020, improved programs on increasing the efficiency of academic research activities and maximum involvement of scholars in the academic programs. Further, it was suggested to eliminate the position of Financial-economical and informational Vice-rector, allocate Chairs of University between the Faculties, respectively, add a department of Academic Policy as well as a Language Centre which will provide with retraining practices to professors and students. The Language Centre will handle the translations of scientific articles and website news. In this context, it was recommended to dissolve several divisions and merge them into departments.

Approved structure changes were being discussed during the recent two months in all subdivisions of the University. Hence, there were presented suggestions based which a new program for optimizing structural changes was created.

In order to increase the role of Deaneries and Chairs, a decision was made allocate 8 million Drams to all Deaneries for conducting conferences, events and programs as well as set up scholarships within the University for activating the academic life. The Acting Rector stated, that, henceforth it will be strongly recommended for students and all issuing Chairs of the University to participate in scientific programs by performing own academic potential at its maximum.

All participants of Board of Trustees approved the presented programs. They noticed that these improvements are committed to increasing education quality, work efficiency and making the University activity more transparent and purposeful. 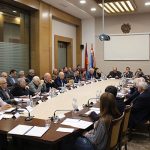 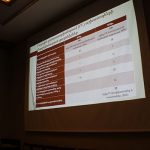 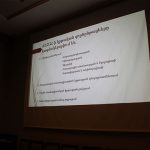 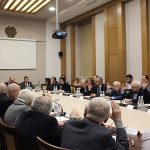 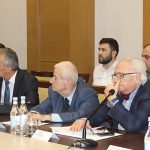 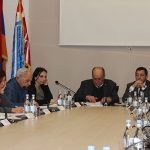 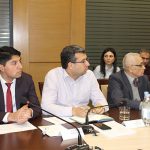 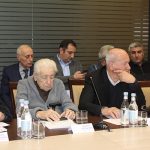 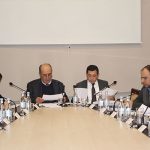 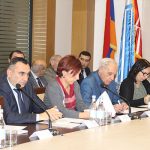 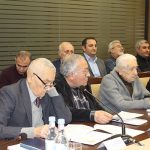