Nora Armani was the guest of our university

Today, the National University of Architecture and Construction of Armenia hosted a famous Armenian woman, who is known for her diverse activities in many countries. Although the visit of the actress Nora Armani who is an Armenian born in Egypt living in America was not planned, but she was fascinated with her visit full of desire to visit us again in the future.

The Egyptian-born actress of the Armenian origins was educated in the United States and London, has performed at the best theaters in Sydney, London, Cairo, British soap operas and BBC movies, Egyptian TV and American CWTV, production “Hello” in Paris, as well as was filmed in many shows and movies. She is also the honorary member of the National Academic Theater named after G. Sundukyan.

Mrs. Armani was at our university not for presenting her career or conducting a master class. She was interested in us as she is also the head of the telecommunications department of the American Arc/K project, a US company that makes digital archives of ancient monuments, as well as restores monuments through photos and videos.

The meeting with our compatriot attended also the NUACA Rector Gagik Galstyan, Vice-Rector of Academic and Scientific Affairs Yuri Safaryan, Vice-Rector of IT and Financial Affairs Marine Ghazaryan, Vice-Rector of International Affairs Vardges Yedoyan, Head of the NUACA Measurement and Diagnostics laboratory  Marina Buniatyan. Rector Galstyan welcomed Mrs. Armani and expressed hope for ongoing cooperation. Then the guest introduced the activities of the company, mainly the images of vanished Palmyra, many museums, mosques and other buildings restored via photographs.

However, the major achievements of the company were not unknown for our University. Marina Buniatyan drew Nora Armani’s attention on restored three-dimensional images of St Karmravor Church and the Yereruyq Basilica made by the unique 3D laser scanner of our University.

Nora Armani expressed her sincere admiration for the innovative achievements of our academic institution and subsequently expressed her great desire for joint collaboration. 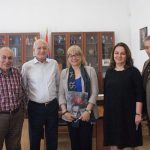 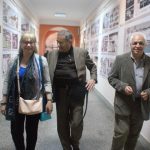 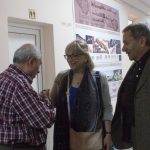 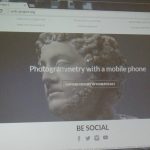 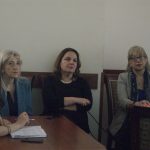 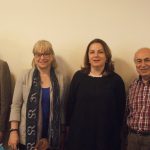 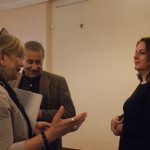 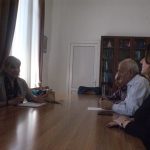 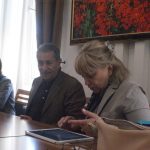 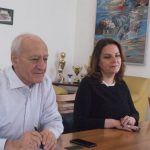 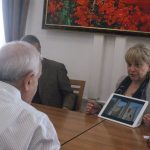 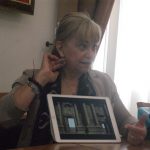 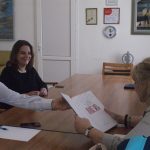 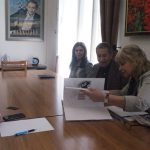 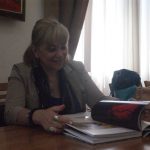 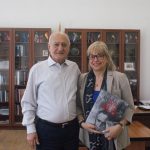