Commemorated and congratulated: Levon Karpich would turn to 85 today

“He was a patriarch, a sort of person who served as an example to everybody and taught them at the same time,” – by these words friends, colleagues and parents describe Levon Karpich.

Today the honored builder Levon Shahbazyan would be 85 years old. A large number of guests were at the National University of Architecture and Construction of Armenia on the occasion of his anniversary. Among the guests were the eminent builders and architects, the distinguished people, the representatives of the alumna of our University, as well as the sons of Levon Shahbazyan, the president of the State Committee on Urban Construction Narek Sargsyan, the chairman of the RA Public Services Commission Robert Nazaryan, the former Minister of Natural Resources and Energy Yervand Zakharyan, the former Minister of Finance Gagik Khachatryan, the Armenian Peoples Party chairman Stepan Demirchyan.

In his keynote speech, the NUACA rector Gagik Galstyan welcomed the guests to the ceremony dedicated to the anniversary of the honored builder and told the story of his friend, presented many of his works and commented on his human qualities.

All the guests of the ceremony were engaged in memories and stories of the winner of the State Prize, the honored builder of Armenia and Russia, the honorary citizen of Yerevan and the honored member of the Association of builders of the RA Levon Shahbazyan. As his eldest son Karo Shahbazyan remarked: “The face of each person present here tells a story, which proves that my father is always with us.”

The guests had the opportunity to watch a documentary film about Levon Karpich that contained exclusive images, sincere stories of his friends, in a nutshell – his 50-year career – from the team leader, head of the construction minister.

How did Levon Karpich succeed in choosing the bests among the students? His partners fail to answer this question, but they prove one thing: he was strict, but at the same time an adviser, an educator, an assistant, and quite simply an educated individual. And with these his qualities he succeeded in distinguishing the real builders among the thousands of graduates.

In 1953, Levon Shahbazyan, who graduated from the Hydraulic Engineering Faculty of Yerevan Polytechnic Institute, immediately began working in the field of construction and soon became a chief engineer, and was promoted to the position of the head of the company for his professional experience and unique treatment towards people. In 1975, he was already the head of the organization “Yerardshin”. It is worth to note that this organization received the highest awards of the Soviet Union 5 times in 1975-1980 and the name of the organization was written in golden letters on the Honor Board at the exhibition of the National Economy of the former USSR. During these years about 150 major industrial associations, cultural and residential buildings, neighborhoods, schools, kindergartens and other institutions have been put into operation.

Everyone knew that Levon Shahbazyan would forgive everything but not only poor quality work. As a result, he was mainly entrusted with the construction of important buildings and premises. The buildings of the Opera and Ballet Theater named after Al. Spendiaryan and the Lazaryan Seminary in Moscow were reconstructed under his supervision.

The staff of the National University of Architecture and Construction of Armenia has special respect towards the honored builder. The NUACA has a lecture room ”Levon Shahbazyan” and the gold medal of ”Levon Shahbazyan”. 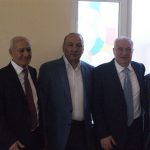 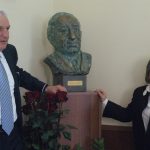 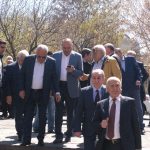 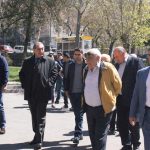 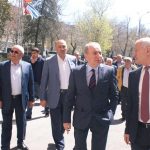 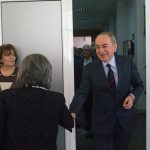 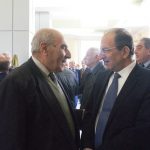 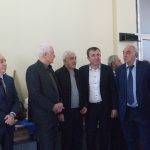 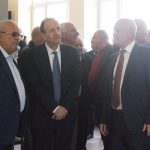 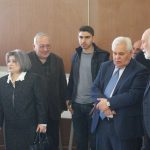 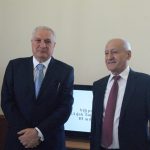 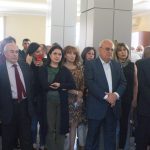 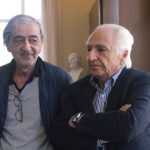 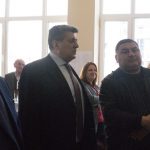 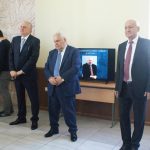 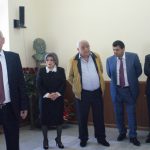 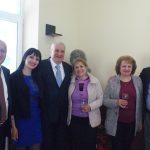 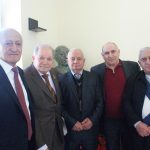 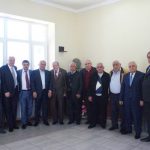