The Prime Minister re-emphasized the importance of the Day and the fact that celebrating this Day annually proves that Construction has always been and is one of the pivotal directions of our country’s economy.

In his missive the Mayor urged to join efforts and develop the sphere via innovative technologies, skillful specialists and organizations to build a dream capital city. As Mr. Margaryan wished, “May the sounds of builder’s hammer never vanish”.

After the greetings and congratulation missives several representatives of the Construction sphere were awarded with gold medals and appreciation certificates. The head of the NUACA Chair of Engineering Geodesy and candidate of Economics Suren Tovmasyan was granted with the gold medal of Yerevan’s Mayor for his effective and conscientious work. Builders received awards also from the RA Prime Minister Karen Karapetyan. 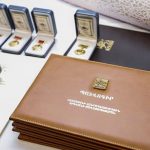 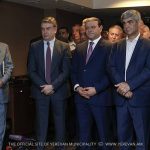 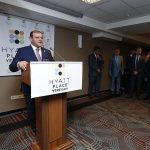